In Limbo! I know I’ve been here before, I’m definitely there now!

It was a ridiculous race to the finish, trying to get all the little tasks completed. But finally with house rented and finding ourselves homeless it was into the car and off to my parents for our final night in Aus!
Not quite so simple however, just when you think “wow” we’ve made it through the list, our remaining car decided it would like a new set of brake pads. I guess it was seeking some attention with the prospect of being left behind, Ahh well I guess my parents will have to carry the ball on that one.

A massive thanks due to all those whom without their help we would have struggled to make it through our list of jobs! You know who you are…..

A couple of hours sleep and on the jet, 7 hours later and I’m drinking ice cold beer in a palatial condo in Kuala Lumpur! It pays to make the right friends….

From frantically sorting out the house and tying off everything connected with our lives to now being in a state of “I don’t have to do anything” has been a little like dreaming with your eyes open- well it was for a day or so anyway. Alas, an email slap in the face quickly reminded me that reality is still out there!

It would seem that a road block has appeared somewhere along the internet between Fremantle and Russia – our Russian shipping agent has yet to receive any of the previously sent instant correspondence from our Fremantle Agent. Ahh well that’s another story! Fortunately however all expat palatial condos have scanners and really fast broadband so copies made and emails sent, crisis averted – I think!

Taxis and hotels booked, it’s back in training for vodka consumption in the form of practising with a little more icy beer! “zazdarovje!”

Well Isaac Newton is in the drivers seat for the moment, guess we will see how reliable he is in a few days..

Back on the jet on Monday, overnight in Korea and then on to the main course – Russia!

I shall leave it at that for now, stay tuned as we travel north and watch the thermometer travel south from 30 + degrees C to below 0!!

Bye for the moment Justin.. 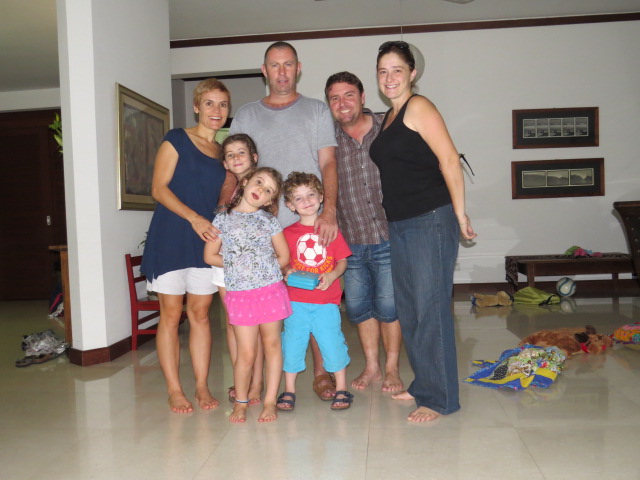